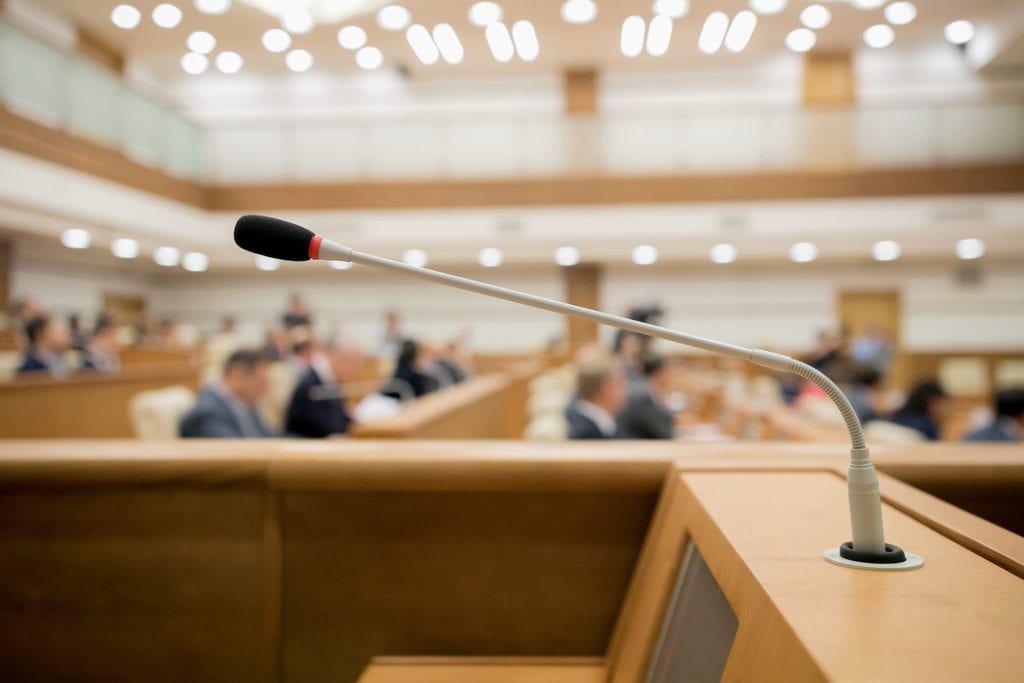 A Thomson Reuters business, Super Lawyers is a rating service of lawyers from more than 70 practice areas who have attained a high degree of peer recognition and professional achievement. Each year, no more than five percent of the lawyers in the state are selected for this honor. The selection process is multi-phased and includes independent research, peer nominations and peer evaluations.

German Gallagher & Murtagh is pleased to announce that Andre J. Webb has been named a Partner of the Firm

German Gallagher & Murtagh is pleased to announce that Andre J. Webb has been named a Partner of the Firm. Andre is a member of the casualty litigation department, where he defends insured and self-insured entities in a variety of litigation matters. Andre’s professional activities extend beyond the courtroom as he is very active in the legal community. He is a member of the Philadelphia Bar Association’s Board of Governors, serves as Chair of the Executive Committee of the Young Lawyers Division, and is an Executive Committee member of the of the Philadelphia Association of Defense Counsel. Andre was recently selected by The National Black Lawyers for inclusion in its list of “Top 40 under 40”, and was appointed to serve in the ALFA International Future Leaders Forum as the liaison to the Insurance and Professional Liability Groups.

Mr. Lehman obtained a dismissal on behalf of his client, a national equipment rental company, in a product liability, negligence and breach of warranty action in the Philadelphia Court of Common Pleas. This dismissal came after the Court’s grant of a contested motion for summary judgment. Mr. Lehman was able to convince the Court to hold oral argument on his client’s motion, and at argument demonstrate that his client had no relationship to the product sufficient to create a genuine issue of material fact.

Andre J. Webb has been awarded the Board of Governors’ Bar Star for this year.

German Gallagher & Murtagh is pleased to announce that Andre J. Webb has been named as a Board of Governors “Bar Star” by the Philadelphia Bar Association. A Bar Star is defined as someone who has gone above and beyond the call of duty for their division or section that year. They are typically honored in person at the reception for the Fall Quarterly meeting; however this year they were recognized during the Philadelphia Bar Association’s Fall Quarterly Virtual Meeting presentation on October 28.

Andre J. Webb has been appointed to serve in the ALFA International Future Leaders Forum as the liaison to the Insurance and Professional Liability Groups.

German Gallagher & Murtagh is excited to announce that Andre J. Webb has been appointed to serve in the ALFA International Future Leaders Forum as the liaison to the Insurance and Professional Liability Groups.

Andre recently had the pleasure of presenting at DRI’s Young Lawyers Virtual Seminar, which took place on October 8, 2020. Due to the unfortunate COVID-19 pandemic, DRI’s Young Lawyer Seminar was converted to a virtual event in which Andre was thrilled to participate as a speaker.

Young Lawyers from around the Nation attended Andre’s presentation on Jury Pools and Selection Strategy Post COVID-19. The presentation materials, including PowerPoint slides and video clips, are available upon request. Please reach out to Andre at webba@ggmfirm.com.

The COVID-19 pandemic led to the shutdown of a large portion of our country. The psychological impact of quarantine is wide-ranging, substantial, and can be long-lasting.

As part of ALFA International’s Summer CLE Webinar Series, GGM Partner Jacob Lehman recently teamed up with Jeff Hengeveld of the Detroit, Michigan ALFA firm, Plunkett Cooney, and Todd Lubben of the St. Louis firm, Brown & James to deliver a presentation entitled “Updates On Professional Liability Law: What You May Have Missed With Everything Going On”.

The hour-long talk given on September 30th covered recent updates in professional liability law including claims against attorneys, insurance professionals, director and offices and others. The webinar is recorded and persons interested in obtaining a copy may reach out to Mr. Lehman at lehmanj@ggmfirm.com.

The ongoing COVID-19 pandemic has caused over one hundred and fifty thousand deaths in the United States and brought with it widespread disruption to all aspects of American life.  Large-scale quarantines, business closures and moves to remote work have all been instituted in order halt the spread of the disease amongst workers.  Employers that do remain open have taken steps to protect employees and the public from exposure to COVID-19 through use of PPE and reconfiguration of workplaces.

COVID-19 may result in compensable injury under the Pennsylvania Workers’ Compensation Act.  Proof may be difficult to come by – an injured worker will need to be able to show the disease was contracted at work.  This may be difficult given the prevalence of the disease, its ease of spread and the possibility of asymptomatic carriers.  However, COVID-19 is clearly compensable as an occupational disease under the Act.  See, 77 P.S. § 27.1(n).

Recently, the family of a deceased employee of a meatpacking plant in Philadelphia filed suit against his employer, alleging the employer’s failure to take proper precautions or close the facility lead to the employee’s fatal COVID-19 infection.  See, Estate of Benjamin v. JBS, Case Id# 200500370 (Philadelphia Ct.Cm.Pleas.).  However, the suit is likely to be barred by the employer’s workers’ compensation immunity found in Section 303 of the Act.  77 P.S. § 481.

The case involves the death of Enock Benjamin, an employee at JBS USA Food Company’s Souderton plant.  Mr. Benjamin died of respiratory failure brought on by COVID-19 on April 3, 2020.  The suit alleges that JBS failed to provide proper precautions to prevent the spread of COVID-19, leading to the decedent’s contracting COVID-19 and his eventual death.  The plant at which Mr. Benjamin worked had several confirmed cases of COVID-10 and was shut down March 30, 2020, but eventually reopened.  The suit alleges several causes of action, including negligence, wrongful death, fraudulent misrepresentation and intentional misrepresentation.

Section 303 provides almost complete immunity for employers against suits stemming from workplace injuries.  In exchange, described as the “grand bargain” of workers’ compensation law, employees need only show a causal relationship between the disability and employment.  This lower standard obviates the need to show negligence or any other tort.

There are certain very narrow exceptions to this immunity.  Most relevant to the present suit is the intentional fraud exception found in Martin v. Lancaster Battery Co., Inc., 606 A.2d 444 (Pa. 1992).  The facts of Lancaster Battery involved an egregious course of willful deception by the employer.  The employer had a testing program to monitor lead exposure in its employees.  The employer first withheld, then fraudulently altered, the test results for the claimant.  This fraud kept the employee from seeking transfer away from lead-exposed parts of the job and from seeking potential medical treatment to alleviate the exposure, leading him to become much more seriously ill.  The Pennsylvania Supreme Court allowed the employee’s suit to proceed on the theory that damages at issue were not those of the work injury itself, but from the aggravation of the injury caused by the employer’s lies.  That took the dispute out of the Section 303 immunity.

Subsequent cases declined to expand the exception beyond the willful fraud found in Lancaster Battery.  In an especially relevant case, Kostryckyj v. Pentron Lab. Techs., LLC, 52 A.3d 333 (Pa.Super. 2012), the Superior Court held that the lack of adequate safety measures was insufficient to establish an exception to Section 303.  The claims in the Benjamin case amount largely to a failure to enact proper safety protocols and cite the employer’s failure to adhere to OSHA guidance as proof of wrongdoing.  This is likely not enough for the suit to clear the workers’ compensation bar – failure to enact a proper procedure, even in a clearly negligent manner, still falls under the Section 303 immunity.  Only an intentional fraud that leads to injury can clear the immunity bar.